Chat with us, powered by LiveChat

Donnie Masterton, succeeded in San Miguel de Allende with The Restaurant, a space that invites to cultivate the love of good cuisine and the best wine. The Restaurant opened in 2005 and has been unstoppable, attracting foodies and critics from all over the world. From the age of 15, Masterton began as an apprentice chef for David Bouley in New York, and between 19 and 27 years old, his mentor was the great Patrick Clark.

Subsequently, he worked as head chef at Bice Beverly Hills, at the The Ada Adams Hotel in Washington, and then at the famous Tavern on the Green in Manhattan. He also participated in the opening of Azie, Asian-French concept restaurant and then moved to Hollywood, working for Joachim Splichal’s Patina Group as Executive Chef of the Hollywood Bowl.

Fatima 7 and Café Casa Blanca are bright additions to its gastronomical galaxy. Masterton reached the culinary beauty through the luminaries of New York, Los Angeles and San Francisco between Wolfgang Puck, Alice Waters and a lot of influences in seven continents. The chef’s passion for Mediterranean cuisine combines perfectly with the Mudejar style of Casa Blanca. Emphasis on the freshest and most sustainable, local and seasonal organic practices served in one of the four captivating dining areas: the Patio, Lounge, upstairs in the Dining Room of Fatima 7 and Balcony with views of the Temple of San Francisco.

Passionate about the ingredients of the best quality, supporting agriculture, livestock and local fishing, chef Donnie Masterton, shows us that cooking and good practices have no limits.

Convinced at a young age, J.J. Castaneda moved to the Bay area to attend San Francisco’s California Culinary Academy in the early 90s. While he recalls being unsure of his decision, every day those first few years in the high-stress world of fine dining, he found the pace and organization of the kitchen suited him, and he had a natural skill for cooking.

He had already cut his teeth under award-winning Chefs Roland Passot of La Folie, Nancy Oakes of Boulevard and Chef Michael Mina of Aqua, when he met Donnie Masterton at Palo Alto’s Zibibbo restaurant in 1997, where a shared a love for Mediterranean cooking and hip-hop transformed their work relationship into a friendship that would last a lifetime. Castaneda went on to have an eclectic culinary career encompassing a wide spectrum of styles and cuisines, most prominently as the executive chef of The Waterfront Restaurant and Café and eventually moving to Austin, Texas to open Maria Maria with musician Carlos Santana.

Castenada’s love of the kitchen hustle now competes with the intoxicatingly mellow pace of life in San Miguel de Allende, but he is as demanding about his food as ever – crafting innovative recipes that bring Mediterranean into focus, drawing on his travels in Southern Europe, as well as a background in classic French cooking. His San Miguel de Allende kitchen offers vegetable-forward, locally-sourced and seasonal cuisine, equally suitable for carnivores or vegans (and everyone in between), and prepared and presented for an unforgettable dining experience. 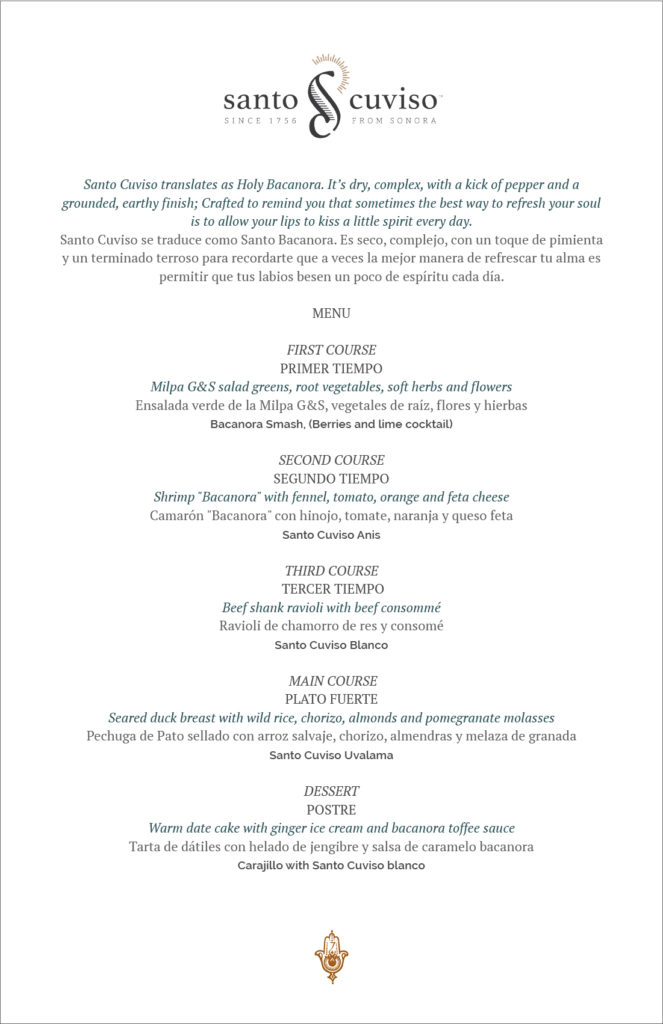